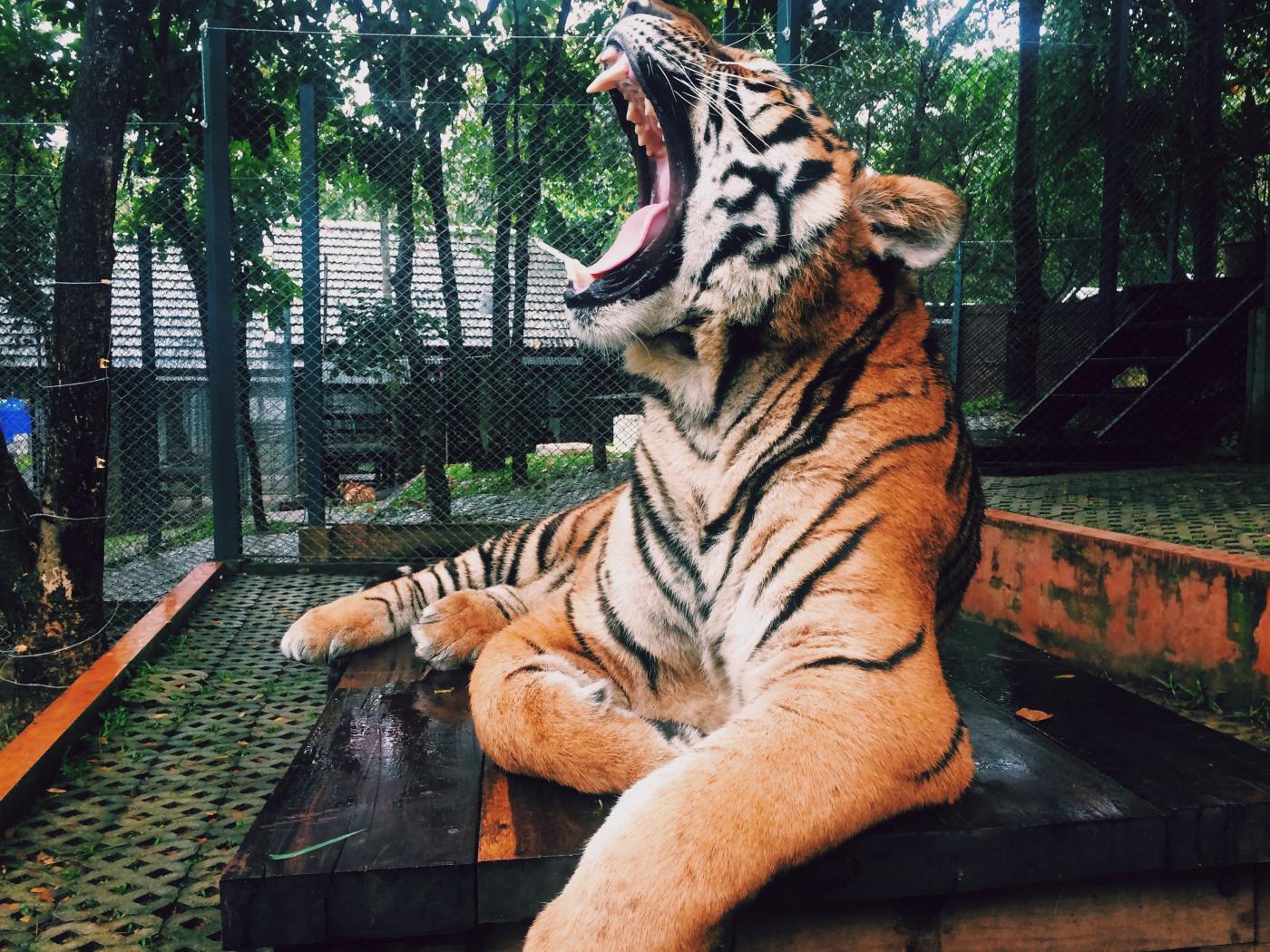 It’s 2020, the world is in lockdown from the Coronavirus pandemic. We all turn on Netflix as we have nothing else to do, and what do we see? “Tiger King: Murder, Mayhem, and Madness”. This smash-hit documentary follows the story of Joe Exotic, a small-zoo owner and tiger-collector in America during his conflict with conservationist, Carol Baskin. However, it failed to highlight the many issues with the trade of exotic animals in America, as many hoped it would, something we will delve into in this article.

America has a huge problem with captive tigers. There are over 5000 captive tigers living in the US, with only 6% residing in properly accredited zoos or facilities, and the rest living in people’s gardens, small-scale roadside zoos, and illegal breeding facilities. To put this into perspective, estimates suggest that only 3200 tigers still reside in the wild. Monitoring of these captive tigers in America is complicated, as there isn’t a single government agency that regulates and penalises trade, and as many of these tigers are undocumented, figures are hard to estimate. The same complications arise when it comes to tracking trade of the tigers in general and their body parts.

Although many support of the breeding of tigers in captivity in America, we cannot call it conservation. Many of the tigers, and in fact other animals in the exotic trade in America, really do suffer. Cubs are torn away from their mothers.  In-breeding in zoo and collector populations have led to defects such as strabismus, a condition in which vision becomes blurred from crossed eyes, which is particularly prevalent in white tigers. These defects mean that although there may be more tigers around in the world, they likely can’t be released into the wild without catastrophic effects on populations. Another issue is that captive tigers in the US are mismanaged and often live in extremely poor conditions and tiny cages. According to Ben Callison, an animal welfare activist and former animal sanctuary director, “In the wild a tiger’s territory can be 20 square miles or more. If they spend their entire captive lives in a space equivalent to that of a bedroom the physical and psychological damage is extensive.”

So, it’s clear that the breeding and trade of captive tigers that we see in zoos such as Joe Exotic’s in Tiger King is not conservation, and more must be done to educate the public on why they are not okay. Without visitor revenue, many of these zoos could not survive, and the trade would be impacted. There must also be greater regulation around captive tigers, as tigers and other exotic animals bred in captivity are not covered by the Endangered Species Act of 1973, although regulations have been tightened for tigers under the act since 2016. Recently further policy has been pitched to policy-makers, such as the Big Cat Public Safety Act, which puts legal restrictions and penalties on the illegal trade of tiger parts and products. However, there is still little mention of the trade of tigers themselves, not just their products and body parts, in government policy.

America is also not alone in terms of captive tiger breeding. In Asia, we can see tiger farms in which an estimated 8000 tigers reside. This number is shocking, it is over double the estimated number of wild tigers in the world. As a result of tiger farms and small-scale collector zoos in places such as America and Asia, the WWF is calling for a complete ban on these facilities and stricter regulation on the trade of exotic animals. These calls are also happening alongside other conservation efforts, such as the Big Cat Rescue sanctuary in Florida, run by Tiger King’s Carol Baskin. So, yes, the evidence would suggest that breeding tigers in small-scale zoos and collections which are mismanaged and not accredited with proper standards is cruel, and we as a society must continue to raise awareness on this important issue.