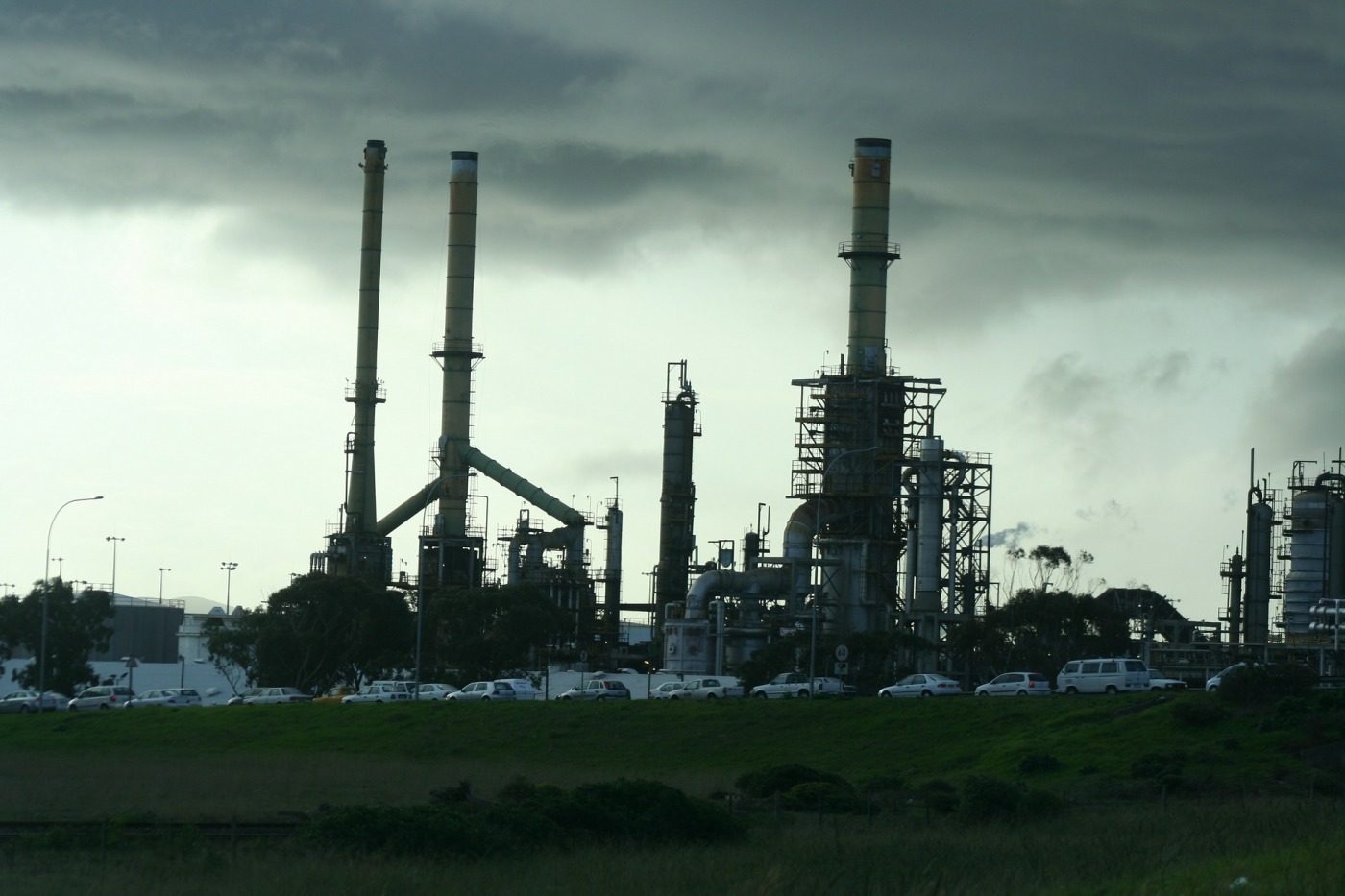 It is an understatement to say the oil has changed the world; it has built economies, revolutionized travel and transformed production. But, it has also caused wars, health crises and environmental disasters. How can something be so powerful yet so problematic?

What actually is oil?!

Petroleum (AKA crude oil, AKA oil) is a fossil fuel that can broadly be described as a liquid mixture of hydrocarbons, most notably: paraffins (which are used to make fuels like petrol), naphthenes (used in refinery) and aromatics (used in chemical production). It’s formed as a result of organic material, such as algae and zooplankton, being buried under layers of sediment, exposed to heat and pressure over millions of years, undergoing diagenesis (the physiochemical transformation of organic material into kerogen) and catagenesis (the process that forms liquid hydrocarbons), which eventually leads to underground reservoirs of crude oil.

How is it extracted?

First the oil must be located. There are many approaches to locating crude oil but the traditional method is seismic reflection, whereby an explosion is made near to where a reservoir is believed to be, and the sound waves that are reflected back are used to determine the underlying geological structures. Other methods include: gravimetric techniques, the use of magnetometers, and other seismic technologies such as seismic satellite transmission. Once the oil is located, it’s on to extraction.

Extraction methods vary depending on the deposit, but the most common technique is drilling. Before drilling can start, the site must be prepared; this means: clearing the ground of any plants, trees, animals and people, constructing access roads, as well as building pipelines and a myriad of other facilities you may need.

Now to drill the well. Drilling is a complicated process and there are many different methods, so I’ll just give a brief overview of one of the most common: air rotary drilling. As the name suggests, this involves using a rotating drill to bore a deep hole. Then compressed air is pumped into the hole which brings up rock samples for analysis. When the oil is reached, pumps are used to extract the oil – this is known as primary recovery. However, primary recovery is typically only responsible for around 10% of the petroleum extraction. There are many methods of secondary recovery, but one of the most popular is gas drive which involves drilling deeper until reservoirs of natural gas are hit, which then causes high pressure gas to rush out of the well, bringing the rest of the oil with it. Other methods of secondary recovery include waterflooding and gas injection. After secondary recovery, tertiary recovery and enhanced oil recovery methods may be used depending on how much oil remains. The processes used in offshore drilling are pretty similar, however the rigs are far more expensive and complicated – if you’re interested in offshore oil drilling this article has all you need to know.

For an in-depth, yet accessible guide to oil drilling, HowStuffWorks has a 9-page article which explains the process from start to end in fantastic detail. And if you’re looking for a step-by-step visualization of the process, I’d recommend this video from the YouTube channel Oil & Gas Videos.

What is it used for?

The Energy Information Administration estimates that the global consumption rate of petroleum is around 92.9 million barrels per day (for reference, 1 barrel is equivalent to 42 gallons, or 159 litres). That’s almost 34 billion barrels – or over 5 trillion litres – a year. Where does it all go?

One obvious use is fuel – petrol, diesel and jet fuel. It’s estimated that of the 7.5 billion barrels of oil consumed by the US in 2019, 3.4 billion was used just for gasoline.

Another use that might come to mind is energy. Petroleum accounts for ⅓ of the world’s energy demand. However, while about 37% of the UK’s energy comes from fossil fuels, oil only accounts for around 3%.

What else is petroleum used for?

The reason for this is that crude oil is used to make plastic. According to the International Association of Oil & Gas Producers, petroleum and its derivatives are used in all spheres of life, from the nylon and polyester in your clothes, to food packaging, cosmetics, pharmaceuticals, furniture, pesticides, and everything in between. Think of any random object you like. Thought of something? Yes, that was produced with the help of crude oil. Footballs, TVs, shoes, crayons, moisturizer, paint, aspirin – heck, even if you said “carrot” I can almost guarantee that the pesticides, fertiliser and transportation involved in the story of that salad-staple relied on crude oil.

So now you might be thinking: “oil sounds great! What’s the big deal?”. And you’re right, petroleum is great. It’s progressed almost every aspect of life – from being able to travel anywhere in the world to improving the safety and hygiene of medical environments and food production. However, it’s also immensely unsustainable and damaging to the environment…

The problem with oil

Firstly, from site preparation, drilling, extraction, transportation, refinery and consumption (typically burning), almost every stage of petroleum production incurs greenhouse gas emissions – including carbon dioxide, methane, carbon monoxide, nitrous oxide and aerosols. According to EPA statistics from 2019, the oil and gas sector is the second largest contributor of greenhouse gases in the US. One major aspect of this air pollution is vehicle exhaust. According to the National Geographic, for every 3.8 litres of petrol combusted, 9 kg of CO₂ is released. Aside from contributing to the climate crisis, this kind of large-scale pollution also affects the health of humans and other animals. One study showed that people living near oil refineries are more likely to have premature births. In fact, refineries are particularly large sources of toxic air pollutants that are associated with cancer, developmental issues in children, reproductive problems and respiratory diseases.

The second major threat is oil spills. Petroleum is one of the top three pollutants in the UK and can have a devastating impact on ecosystems – one litre of oil can contaminate 100 million litres of water. When oil pollutes water, it creates a layer over the surface which can block sunlight and oxygen from reaching marine plants and animals. Not only do spills endanger fish, plants and birds, but they also pose a threat to humans as it contaminates drinking water and seafood with carcinogenic and endocrine-disrupting chemicals.

Perhaps the most well-known example of the devastating effects of oil spills is Deepwater Horizon. The explosion at Deepwater Horizon killed 11 people and resulted in 4.9 million barrels of oil leaking into the Gulf of Mexico. The spill killed and harmed hundreds of thousands, if not millions, of animals including turtles, dolphins, fish, whales and birds.

Petroleum and its derivatives are also largely toxic. This in itself would not be an issue, however as I said before, crude oil is used in almost everything. Thus not only does petroleum directly poison the ecosystems it pollutes, but it also has an accumulative effect – be it crude oil or refined oil-based plastics, the more we burn, spill and throw into the ground and sea, the more likely it is we are doing irreparable damage to our environment…

Moving on from oil

Through its economic and technological power, oil has improved millions of lives – but equally, poisoned millions more. Needless to say, petroleum is a complicated issue. A complicated issue that can’t last much longer. Experts predict that we’ll hit “peak oil” (the point of maximum oil production) within the next 20 years, or potentially much sooner (one recent study suggests peak oil may be reached by the mid-2020s). After this point, the supply will decline, and thus the price will rise, until we either run our reserves completely dry, or it becomes economically unfeasible to rely on oil the way we currently do.

Because of this, there is rising pressure to decrease reliance on fossil fuels and find substitutes. Biofuels and biodiesels have gained a lot of attention as an analogous alternative, albeit they’re not without their own environmental concerns and controversy.

Ultimately, the world of petroleum is a complex and challenging one, but one thing is certain: change is coming for the oil industry. All we can hope is that it leads to a safer, cleaner and fairer future.

Header image: by HarryStilianou, from Pixabay