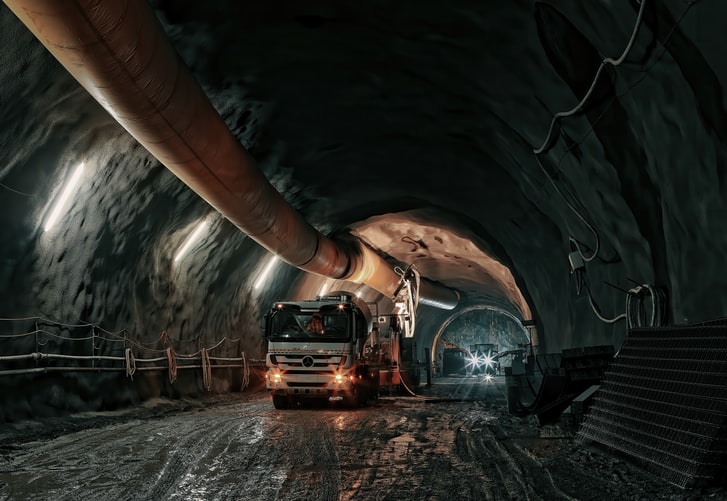 One of the positive outcomes of the coronavirus pandemic has certainly been the decreased impact of human activity on the environment. With the slowdown of the global markets, the carbon emissions have significantly decreased, and even certain aquatic ecosystems have shown signs of gradual restoration. However, such a slowdown of the economy always comes at a price. The major capitalist economies’ future effort to restore their pre-virus growth, by engaging in even more intensive production, is quite concerning. But, turns out, the most concerning scenarios lie among the least strong capitalist economies.

Greece is one of the countries that has seen the virus as an opportunity to “catch up” with the rest of the world and even embark on growth-oriented policies and projects – aiming at finding favour in institutions such as the EU. Despite the country’s commendable performance in curbing the pandemic domestically, by taking early and effective measures, its current economic zeal might not benefit the population in the long-run.

On March 3, 2020, the Ministry of Environment and Energy put forward the “Modernization of Environmental Legislation” bill, which completely redefines the questions of managing and protecting the natural environment, including protected areas. The bill was open for discussion and comments until the 18th of March, however with the virus not allowing the Parliament to function properly, the bill had not been voted for up until April 6, 2020. The results of the voting were 158 votes in favour and 56 against.  The bill is a lengthy, eighty-two-page document; so let us break it down to its most important parts.

Most of the measures proposed by the bill are shock policies aiming at boosting economic growth at all costs. This “race to the bottom” is the result of Greece’s reintroduction into the global markets after more than a decade of austerity, this time encouraging more foreign investment. The bill calls for deregulation within environmental licensing. This means that the processes of assessing the environmental impacts of future private or public sector projects will be simplified and significantly less transparent. Additionally, the Ministry of Environment and Energy will be able to introduce private evaluators for such processes, meaning that such evaluations can be used for the interests of private companies. But deregulation does not only lie in the management processes of key environmental areas. Processes such as waste disposal and management will also be simplified, thus allowing natural areas to be treated like massive landfills, which is not only illegal but rather monstrous.

The bill also proposes an institutional change regarding the management of protected areas. Such management institutions will no longer be independent bodies but rather under the Organization of Natural Environment and Climate Change, which will be legally allowed to conduct extensive research for energy projects even within protected areas under the “Natura 2000” initiative. The energy aspect of these projects includes mining of hydrocarbons, exposing their resource-intensive nature, all clearly for the sake of attracting investment and short-term profit. Although renewable energy projects, such as industrial fans, are too under consideration, the negative environmental impact of the construction of such fans is most likely to outweigh the latter’s’ benefits. The commercial aspect of these projects includes residential networks, constructions for tourist attractions and infrastructure, which does not serve a substantial purpose other than merely increasing capital inflows in the country for investment opportunities.

The most terrifying aspect of this bill is that it clearly violates international legislation, including the European Directives on the Protection of Natural Habitats and Species, and even the Greek Constitution itself! The Article 24 of the constitution calls for environmental protection and specifically bans the reform of forest areas of any sort, unless the public interest is at stake.

However, aiming at expanding Greece’s energy potential to attract foreign investment to ensure rapid growth is not within the public’s interest or well-being whatsoever. Greece is desperately trying to find ways to boost its economy after years of austerity and crisis, however in the most unorthodox time possible. The Ministry of Environment and Energy clearly took advantage of the negative impacts of the virus on the capacity of the public to protest or engage in debate and discussion regarding the bill. The authorities are not only robbing the environment but also the people, who are being denied basic democratic rights!

Additionally to this bill, the EU has already embarked on constructing an aquatic and terrestrial pipeline for the transportation of natural gas from Israel to the rest of Europe through Greece, Cyprus and the Greek island of Crete. This clearly shows that the EU is using Greece’s geographical position to strengthen and stabilise its own energy market, capitalising on Greece’s weaker position and willingness to make any concessions for a more favourable treatment or even debt alleviation.

Despite the circumstances, people are still strong and are coming together, taking into consideration all the safety precautions in light of the coronavirus pandemic. On Monday 4, 2020, after the lockdown was legally lifted, people gathered in the centre of Athens to protest for the immediate withdrawal of the bill. The night before the bill was scheduled for voting, 17 non-violent and non-party-affiliated protesters gathered outside the Parliament, however they were removed by police forces. More people gathered in the same spot after the bill was passed. The masses’ fight started to grow strong…

And yet, this is not only a Greek problem, rather it really shows the state of supposedly virtuous and transparent institutions such as the EU, which will benefit from Greece’s energy reforms and the conscious damage on the environment. And so, Greece, after years of cuts, crisis, and consecutive slaps in the face from the IMF and the EU, is willing to become EU’s lackey.

Greece’s current vulnerable position should set an example to us all. We need to fight environmental degradation and injustice within our democratic institutions; but we also need to fight the greedy tendencies of international institutions that are willing to profit off of the well-being of future generations. After the passing of the bill, the next steps are uncertain, but we should not lose faith or stop the fight.