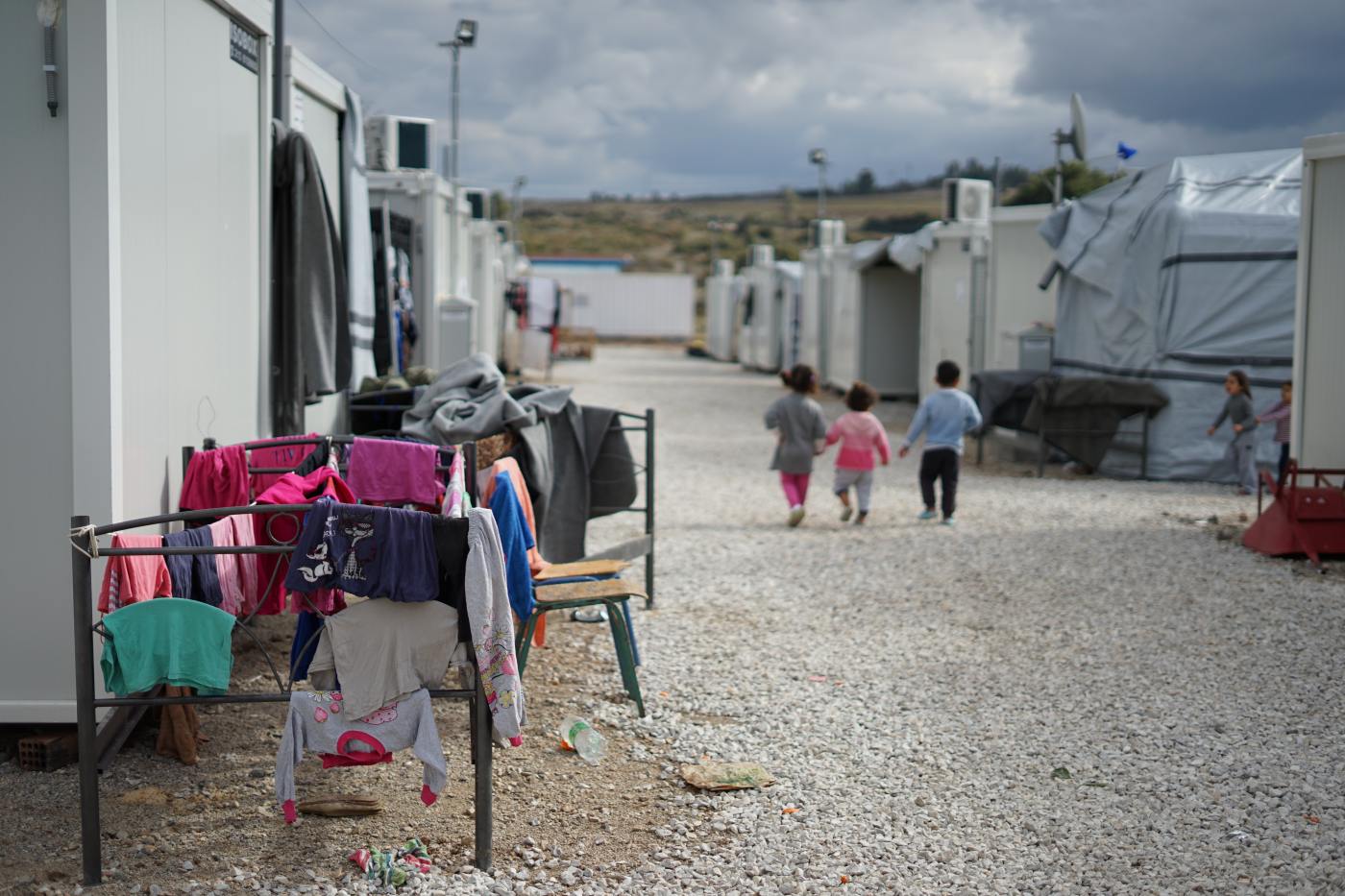 The Covid-19 pandemic, the BLM protests, the enhanced crisis in Yemen, the oil spill in Mauritius, the alarming melting of the Greenland ice sheet, and many more incidents are only some examples of humanitarian and natural crises that have made 2020 possibly one of the most unfortunate years in recent history. Yet, the calamities do not stop there. On the 9th of September, media outlets all around the world covered the Moria refugee camp crisis. From news stations like BBC, to random pages of mainstream social media platforms like Instagram, the Internet was dominated by titles along the lines of “Moria camp in Lesvos in flames”, “13,000 people on the streets”, “Moria: the worst refugee camp on earth”. Many questions, therefore, arose about what Moria is, how the fire started, where those without shelter will go, and whether this is one of the worst refugee crises of the last decade.

What is Moria and when was it created?

The Moria camp has had several unofficial titles including refugee camp, migrant shelter, and hotspot. However, its official title is a “reception and identification center”. The camp is located in the village of Moria, on the Greek island of Lesvos in the northeastern Aegean Sea. (In greek: https://www.ethnos.gr/ellada/122946_moria-heirotero-stratopedo-prosfygon-sti-gi) The camp was constructed in 2010 with a capacity to host 2.300 people. However, the constantly increasing refugee influx from countries like Afghanistan, Syria, the Democratic Republic of Congo and many others caused this to rise to 8,300 in 2018, and eventually 13,000 today (In greek: https://www.ethnos.gr/ellada/122946_moria-heirotero-stratopedo-prosfygon-sti-gi).

Like a contemporary “Calais Jungle”, the hygiene and sanitary conditions in Moria had been very poor. British Doctor, Annie Chapman, providing medical help through the Boat Refugee Foundation, reported in her diary; “The [refugees] come with infected wounds that need cleaning and bandaging; they have minimal access to clean water out in the olive grove areas. They come with the infamous “Moria flu” and a whole range of chronic problems…”. Moria did not wait for a fire to declare an emergency state.

How and why did the fire start?

The fire did not have a single epicenter but broke out in at least three different places inside the camp. There are multiple scenarios to the story. However, most of them incriminate the refugees and asylum seekers.

The first scenario finds the Greek Migration Minister suggesting that the fire was the product of a series of protests against quarantine, after 35 people were found infected with the coronavirus. Specifically, the Greek government resorted to “imprisoning” asylum seekers in Moria, instead of boosting internal public health initiatives. Organizations, such as ‘Doctors without Borders’, had called for the total evacuation of the camp or at least the displacement of the refugees with severe health conditions into safer places across the EU. The Greek government, instead, fortified police control in the area to ensure that no one left the camp. Therefore, protesters responded with fire. However, the aim of the protests against mass quarantine was not to destroy the camp. The matter simply got out of hand when the fire started spreading uncontrollably.

The second scenario follows that the Deputy Mayor of Civil Protection accused the refugees – on national television – of a precalculated arson attempt, including emptying the tents and waiting for favorable winds. Even if this was the case, it certainly was a desperate attempt of the refugees, migrants and asylum seekers to flee the prison of a camp that Moria had become.

The third speculation on how the fire started involves Greek fascist and nationalist elements, who might have attempted to instigate such a crisis to drive people from the island. This suggestion holds legitimacy. As early as February 2020, supporters of the far-right were arrested for trying to infiltrate the camp and control the refugees by terrorizing them through the use of bats and metallic rods (In greek: https://marxismos.com/kolastirio-morias/). Despite exceptions, such as fisherman, Stratis Valamios, and the renowned “grandma of Lesvos”, Aimilia Kamvisi, who were nominated for the Nobel Peace Prize for helping thousands of refugees who reached Lesvos in 2015, animosity towards the refugees is still rife within the community.

Regardless of what is actually true, it is obvious that the refugees, migrants, and asylum seekers of the Moria camp became victims of a wider political game. The question is not who started the fire, but why people had to endure this station for months until action had to be taken? Whether the Greek policy frameworks can provide these people with the bare necessities of life? And, after such a catastrophe, whether the EU will consider other European countries with relatively better reception infrastructure for the safe and dignified displacement of these people?

What will happen now?

On the 12th of September, four days after the fire, people started setting up make-shift tents on the roads as the Greek government had not yet provided alternative shelter. The refugees were forced to go without access to running water and sanitation facilities. The victims desired to leave Lesvos instead of waiting for help that might or might not arrive. “We need freedom, please help us” a protester said to a German journalist.

Organizations like UNICEF, in partnership with the Family Support Hub, set up temporary accommodation to the most vulnerable individuals in the nearby area of the camp. More than 150 unaccompanied children are currently housed there. However, this is a short-term solution. If there was a consistent Greek refugee framework and actual collaboration from the EU member states, we would not have to reach this point.

The European Union: a broken institution?

It is very easy to make accusations when it comes to refugee influxes, especially when a point has been reached that refugees, asylum seekers and migrants are not represented as people anymore but rather as numbers. Greece is not innocent by any means. Despite the economic hardships it has been facing for over a decade, it also has been a hotspot for far longer, and regardless of the problematic refugee frameworks, or even worse the lack of them, and the consistent budget cuts by the EU, it is unacceptable to let people live in squalor. Particularly, during the nationwide lockdown, in April, the Human Rights Watch reported that the Greek authorities have not taken the necessary precautions to ensure “healthcare, access to adequate water, sanitation and hygiene products” in order to “limit the spread of Covid-19 in the island camps”.

But Greece is not the only one to blame in this situation. It’s neighbour, Turkey, has also played a major role in determining the current refugee crisis’ crystallization. Turkey has been found to illegally transport refugees to Greece through a network of smuggling vessels. The General Secretary of the Greek Migration Ministry characterized Erdogan’s threats of releasing thousands of refugees in Europe, as a political medium to “exert pressure on Europe and Greece”, whilst the Greek Prime Minister, Kyriakos Mitsotakis, described Turkey’s illegal movement of refugees to Greece through the Evros border earlier this year  an “invasion”.

Finally, international organizations, EU-subsidized NGOs, the European Union and the UN seem more like hypothetical mediators in a Model UN conference that actual potent institutions in the face of Moria’s turmoil. In March, an appeal was made to the European Parliament for the closing of hotspot, the organization of asylum application processes at the Turkish borders, and the direct movement of refugees with full respect towards their human rights. The response to this appeal was issued in June, including calling for an Action Plan to support Greek hotspots in the light of the Greek-Turkish border tension. However, no work has been done regarding the border application processes

These were the EU promises before the fire in Moria. Can we afford to wait even longer for more rigid measures? Does the solution in the refugee crisis lie within the instruments of the EU, or should we consider other avenues?

What should we do?

As long as national interests, promoted through corrupt institutions, are at stake, there can be no long-term solution to the refugee crisis and to providing decent living standards to vulnerable groups. However, there are some measures that would bring about a more ideal outcome for the refugee crisis, regardless of whether the EU member states, and Greece will actually take them.

If we thought that 2015 was the peak of the EU refugee crisis, 2020 is the point of no return. We can no longer allow people to live under such conditions.

With or without the EU, this nightmare needs to stop.